In 2000, I was faced with a major decision. My position directing a hospital-based toxicology and drug testing laboratory ended when the laboratory closed. Suddenly, I needed to figure out what to do with the rest of my life.

As I struggled with that decision, I awoke one morning with the image of a woman walking along a shore. Always an avid reader, I’d never thought to write a story of my own until that day.

It took me a number of months to write that first book, and when I finished I thought it was wonderful. It wasn’t. But by the time I realized that, I was hooked. I’d discovered what I wanted to do the rest of my life. Write fiction.

I filed away that first flawed story and began working to develop my writing skills. Years later, after publishing four novels, I pulled that first story out and took another look. It was still awful, but I loved the setting: Doubtful Sound, New Zealand.

The first time I visited Doubtful, I was introduced to the profound silence. The second time, I spent several days sailing the sound, and yes, swimming with the seals.

I began rewriting, letting everything I had previously thought about the two main characters fall away until, eventually, a new story emerged.

It still begins in the same place, however—with a woman on Doubtful’s shore. 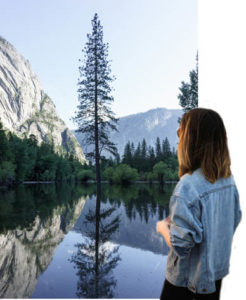